No products in the cart.

How prostatitis affects conception: symptoms and treatment of prostatitis

Pregnancy is a special period for every woman. If it does not occur for a long time, it is necessary to look for the cause. After the examination, it often turns out that the husband has prostatitis. A woman in this case has a lot of questions. For example, whether the disease will affect pregnancy, and whether prostatitis can be contagious for the weaker sex. Answers to your questions can be found in this article. 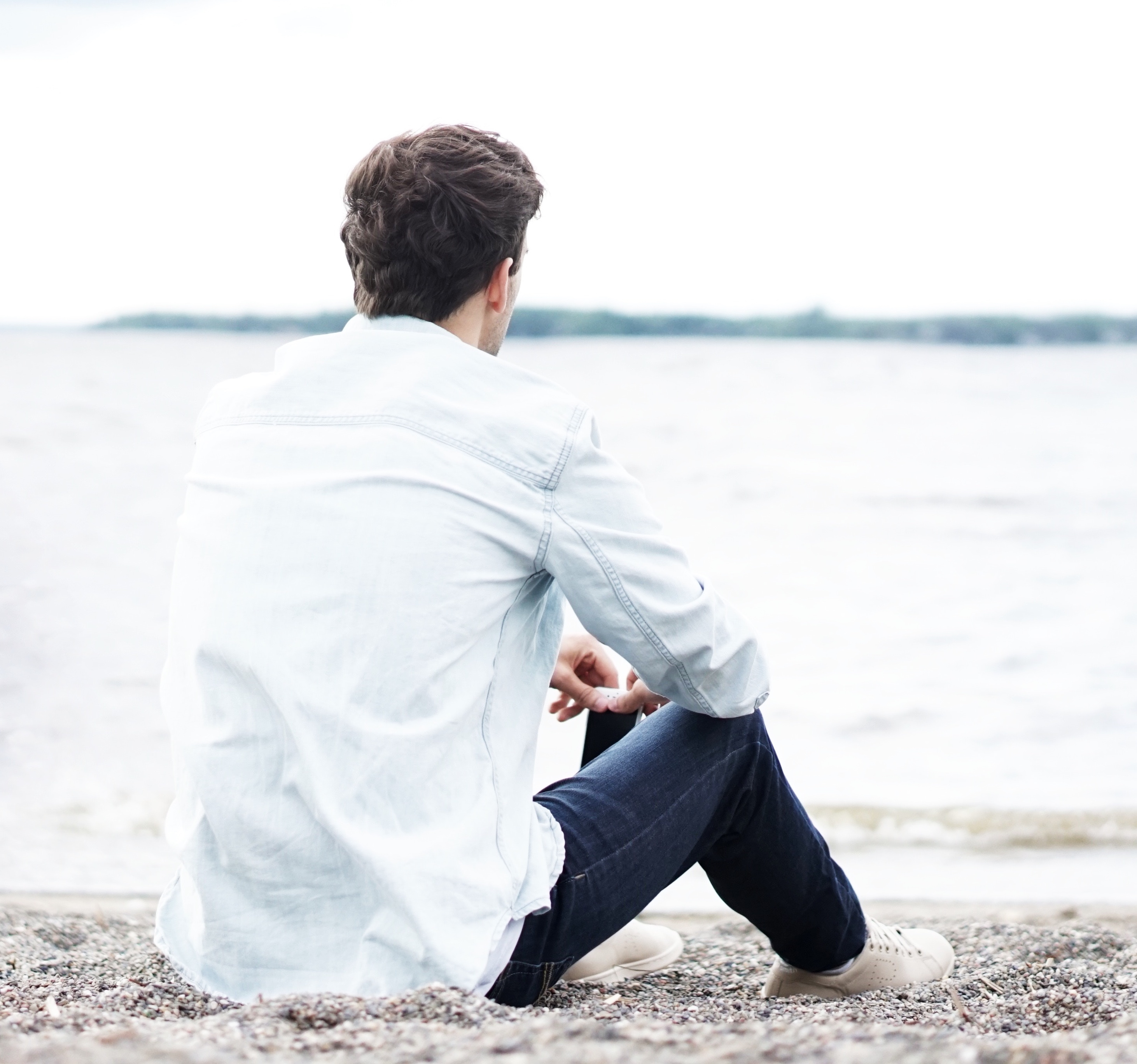 How does the inflammatory reaction in the prostate affect reproductive health?

Disorders in the reproductive system with prostate inflammation are inevitable. This organ performs a number of important functions for conception. First of all, it is a gland that participates in the production of seminal fluid. Its secret is part of the seed, enriching it with enzymes and organic acids, dilutes the sperm. Also, the prostate plays the role of a valve that prevents urine from entering the seminal fluid. Regulation of hormonal metabolism is carried out due to the fact that the prostate is a hormone-dependent organ.

In the case of an inflammatory process, there is a violation of the production of prostate secretions. As a result of swelling of the gland, fluid stagnation develops in the excretory ducts. Because of such disorders, not only the urinary function suffers. During the examination, it is possible to detect a deterioration in the quality of seminal fluid, a decrease in the number of viable spermatozoa. Also, patients themselves often complain of erectile dysfunction.

How does the disease affect infertility in men and the female reproductive system?

Many couples who know about the unpleasant diagnosis are interested in whether it is possible to conceive a child with chronic prostatitis. Experts say that this is possible. But as a result of pathological changes in the seminal fluid, if there are some risks for the baby. This is due not only to the inflammatory process itself, but also to the treatment being carried out.

Therefore, when planning a pregnancy, a man must necessarily undergo a full medical examination and, if there are any inflammatory processes, be treated. Therapy should be carried out several months before the intended conception, so that medications do not worsen the quality of sperm. Timely initiated therapy will protect a man from infertility in the future.

No one will say exactly how long prostatitis should be treated. The duration of therapy depends on many factors. First of all, this is the degree of damage to the gland. The etiology of the disease is also taken into account – viral or bacterial inflammation.

Wives of men with inflammation often ask doctors if prostatitis can be sexually transmitted. For a woman, there is a risk to disrupt her reproductive function. But it is impossible to say that prostatitis is contagious, since a woman does not have this organ. You can only get infected with microorganisms that have caused inflammation in a man.

Can a woman get pregnant with a spouse’s prostatitis?

The effect of inflammation of the genitals in a man affects the fertility of both partners. Despite the fact that prostatitis is not sexually transmitted, there is still a risk of infection for a woman. Together with sperm, pathogenic microorganisms and toxins can enter the body.

Of course, a woman has the opportunity to get pregnant. But no specialist will give a full guarantee that the period of carrying a child will not end with a successful delivery and the birth of a healthy baby. Fertilization of an egg with low-quality sperm can result in both miscarriage and the birth of a child with pathology.

The effect of chronic inflammation on conception

Knowing how an inflamed prostate affects conception, it is possible to prevent the development of dangerous complications. Chronic prostatitis is characterized by a blurred course. The clinical picture is not always pronounced, so the man believes that he is healthy. This is the insidiousness of such inflammation.

In order to minimize the risk of complications during pregnancy in case of conception with chronic prostatitis, a man needs to pass a number of tests:

If the results of these studies indicate the presence of a pathological process, you need to undergo treatment and take tests again. If you get good results, the probability that with chronic prostatitis, your husband will be able to conceive a child and carry it normally is up to 70%.

The prolonged course of this form of the disease provokes the development of structural changes in the parenchyma of the gland. This leads to a significant disruption of the functional activity of the organ and even to infertility.

Conception in the bacterial form of prostatitis

The presence of bacterial flora in the prostate often leads to a violation of reproductive function. The lowest probability of conception is diagnosed if a man’s inflammation lasts for several years with periodic exacerbations.

With primary infection of the gland with bacteria, the probability of conceiving a baby is much higher. Timely initiation of therapy contributes to the rapid elimination of symptoms and structural damage to the prostate.

Acute inflammation is accompanied by a vivid clinical picture. Violation of the functioning of the entire genitourinary system forces a man to consult a doctor as soon as possible. But cases of independent attempts at treatment are not uncommon, which aggravates the situation.

Further damage to the prostate gland worsens the quality of seminal fluid. In addition to the violation of spermatogenesis, purulent secretions appear in secret. This not only significantly reduces the likelihood of conception, but also provokes infection of the wife.

Is there a risk for a woman?

Some patients believe that prostatitis is transmitted from a man to a woman, like any infectious disease. But this is not quite true due to the lack of a causal organ in girls – the prostate. Also, the question of whether a woman can infect a man with prostatitis is incorrect. If the inflammation is caused by a bacterium or a virus, of course, the source of infection can be a sexual partner.

Also, a man can transmit pathogenic bacteria during sexual contact, which is why prostatitis is dangerous for a woman. The likely consequences for a woman may be such diseases:

These pathologies occur most favorably in a non-pregnant girl. In this case, timely therapy helps to get rid of inflammation in a short time without consequences. With the onset of pregnancy, the infection can provoke some complications, including intrauterine infection of the baby.

Despite the fact that children may have chronic and acute prostatitis, you should not start conception. A preliminary consultation with a doctor and examination of both partners is necessary. Even if there are no clinical manifestations of the inflammatory process of the genitals in the wife, it is impossible to exclude the latent course of the disease.

The list of examinations includes a blood test (general, biochemical) and urine, a spermogram, bacteriological seeding of secretions and ultrasound examination of the prostate gland. Prostatitis therapy depends on the pathogen. Inflammation of bacterial etiology requires the appointment of antibiotics. A viral pathogen (for example, cytomegalovirus, herpes virus of the first or second type) also needs to be treated with special drugs. After taking medications, it is important to wait for some time. This is necessary in order for the seminal fluid to be renewed after antibiotic therapy. Usually this period is 30-40 days.

The examination of the wife includes a visit to the gynecologist and the delivery of a smear from the genital tract. In case of detection of pathogenic microflora, special preparations are prescribed in the form of tablets and vaginal candles for the rehabilitation of the pathological focus.

Questions about whether prostatitis affects pregnancy, and how prostatitis is transmitted, worry many couples. The study of this problem by the patients themselves allows them to protect themselves and their offspring from the undesirable consequences of the disease.

Due to the risk of infection, it is better for a couple to avoid unplanned pregnancy. Failure to comply with this recommendation is fraught with the following consequences:

If the child’s gestation has ended with the birth of a child, there is a possibility that he may be ill. Among such children, the percentage of congenital pathologies is high. To avoid this, a girl should, upon the onset of pregnancy, contact a women’s consultation as soon as possible. After a detailed medical history and a thorough examination, the doctor, if necessary, will prescribe a course of adequate treatment and decide on the further management of such a pregnancy.